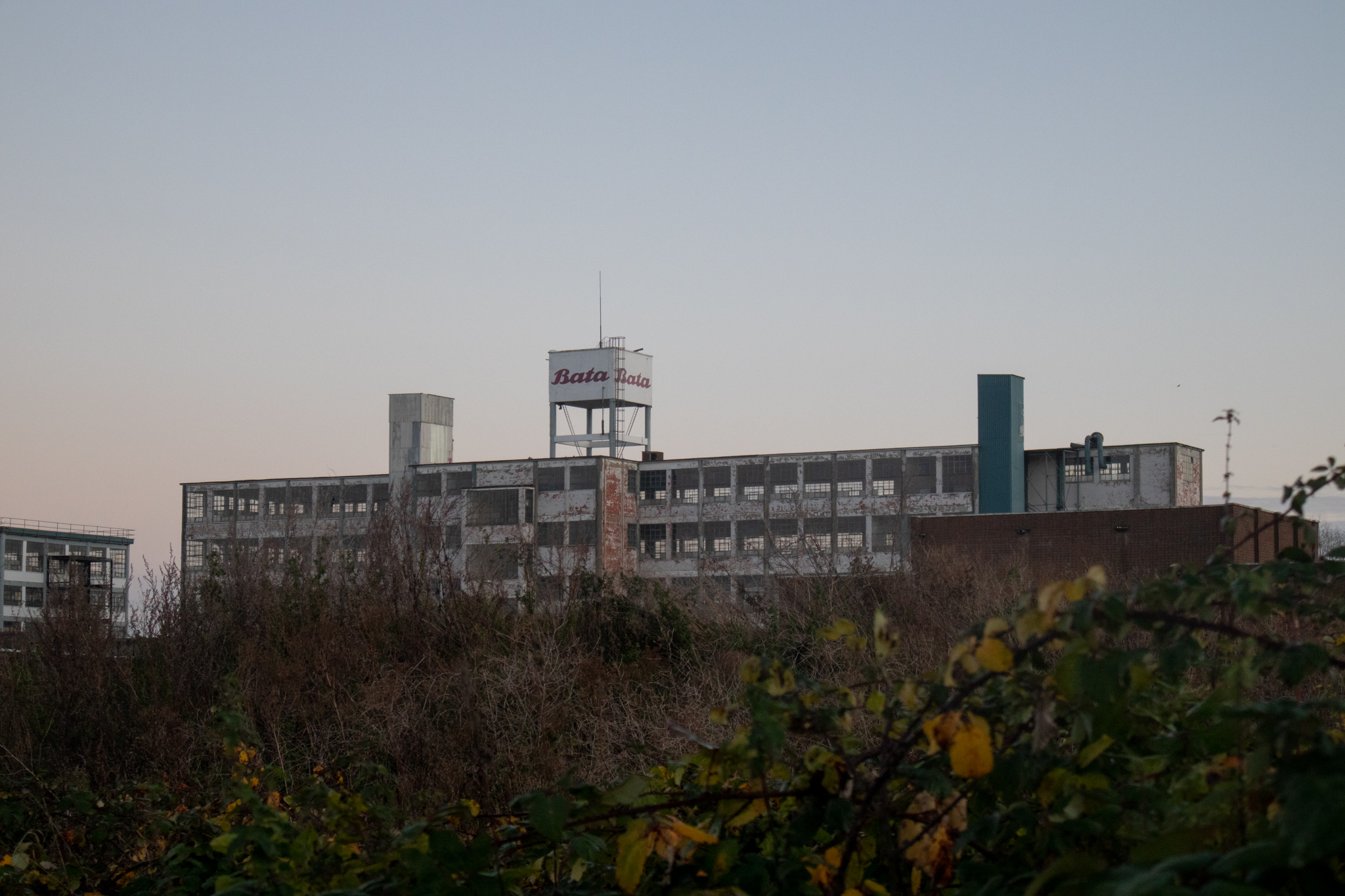 Surrounded by the Thames and a southern Essex landscape, the remains of what once was a perfect Utopia still
reside in East Tilbury. Summer 1933, thousands of families would move to this brand new town miles away from London. Polish, Czechoslovak, Irish and Maltese would promptly join the colony, along with Brits who would move from across the country to start over in Tilbury.

Bata-Ville, 87 years later, a 190 second observational video project, attempts to capture what is now left and what has been abandoned in the formerly prosperous Bata community. A place where everyone was a neighbour and a colleague at the same time, where everyone shared a common interest and vision, where nobody owned anything but divided it all. The equivalent of an un-dystopian 1984 blended into a Truman Show format. Now fleeted with empty modernist streets and buildings, this socialist dream-town of capitalistic ownership still has a great deal of history written all around it.

Over a century ago, Czech shoemaker Tomáš Baťa saw a bright future in the location: it was envisioned as the perfect garden city for the worker’s dream home. After WWII, the town was base to one of the UK’s most productive factories. The German occupation of Czechoslovakia caused Bata Shoes in East Tilbury to thrive up until the late 60’s.

From an outsider’s perspective, the town offers everything but a warm welcome – almost twenty years after the estate’s closure, the resident profile has changed, and the sense of community completely vanished. A sense of desolation reigns. Alone, isolated and godforsaken. A drowning child begging for help in the middle of the sea, fragile and powerless. A grey cloud of alienation covers the few hundreds that still live in this land of the past. A long and imposing fence now blocks its main entrance with no prospects of revival. Only future will tell the fate of Bata-ville.

The piece attempts to, through the lens of a 2001 Sony Hi8 tape camera, picture the industrial estate during its years of closure in a hauntological form, as a continuation to my series. The path, in this story, is made by walking. Walking away [metaphorically] from the present into the past. Walking north to the train station to catch the first c2c into Tilbury. Walking into work at one of the many new warehouses right off the abandoned utopia. The path is nothing but a repetition.